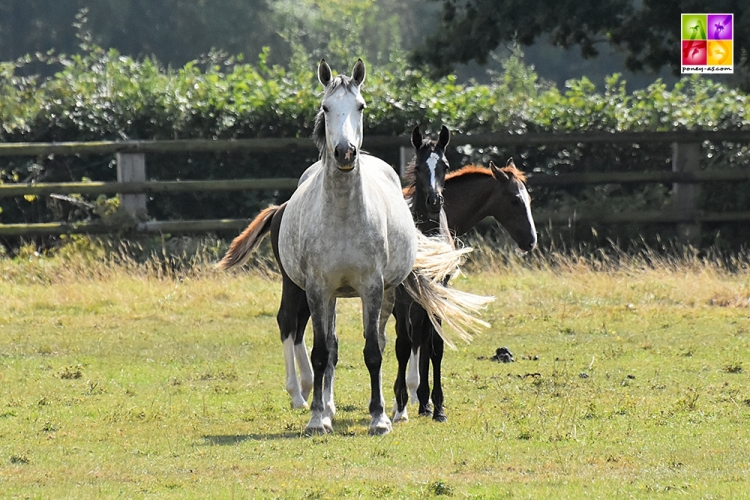 Sire: the Clinton phenomenon, a great performer at the highest level, having participated in the Athens Olympic Games in 2004 and won the Grand Prix of Lummen, is ranked twenty-second best sire of show jumping winners in the world WBFSH ranking in 2019 with more than 150 international winners including the star Cornet Obolensky (5th best sire of show jumping winners according to the WBFSH ranking in 2019.

Dam: Florentine III, Selle Français, is a daughter of the famous Voltaire. She holds an ISO 126 in 1999.

Second dam: Sarah de Revel, by Jalisco B and Dorka (Nanking) is the full sister of the star Quidam de Revel, one of the best sires in the world, ranked 4th in individual at the Barcelona Olympic Games and team bronze medallist. She produced the stallion Miracle (ISO 142/09), Niala (ISO 141/09) and New Look de Lever (ISO 140/10). 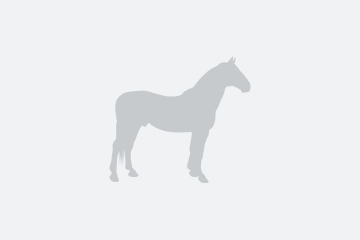 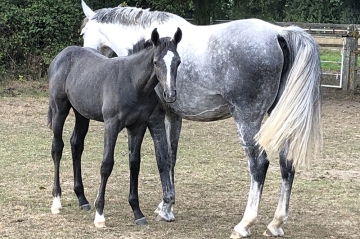 Keep up to date with the latest news from Menil Jean Stud..